In 1828 the British government realised that the colony of Van Diemen’s Land (VDL) needed more than just one governor and a few officials to run the show, so the Imperial Act (9 Geo. IV, c. 83) allowed for the Legislative Council to be increased to 15 members.

It came into effect in VDL in 1830. The members of the council were:

All laws in force in England applied to the people living in VDL. Any new laws passed in VDL could not be counter to any English law. Laws were passed by majority vote and the VDL Governor could limit or modify any new VDL law by virtue of being the local representative of the Monarch.

This all worked well for the next 20 years for a small portion of the population: wealthy, free-settler white men of property and power. For rest of the population there was increasing discontent with the cost of the convict system to the colonists.

In 1845 Governor Eardley-Wilmot (1783 – 1847) was stuck and didn’t have anywhere to move. When he took over from Franklin in 1843, the colonial treasury was desperately short of funds. The British government continued to send an increasing number of convicts to VDL, having ended transportation to NSW, VIC, and QLD by 1840.

VDL was saturated in unemployed free and unemployable non-free people. Eardley-Wilmot had tried to raise funds by setting a minimum of £1 per acre for Crown land sales as well as raising the taxes on imported goods such as sugar and tea from 5% to 15%. There was so much loud and angry opposition from the colonists that the new taxes were withdrawn.

This is what the Legislative Council looked like in 1845:

Eardley-Wilmot then tried to save money by reducing the salaries of all VDL officials. Chief Justice Pedder stated the the Legislative Council did not have the power to reduce his salary, nor that of anyone else appointed by the Crown. Eardley-Wilmot then suggested a heavy fee to license tradesmen and other skilled professions. This lead to even greater public indignation, with the familiar cry of ‘No taxation without representation’ being reported in the press, so that idea was scrapped as well.

Back in London, the colonial office headed by Lord Stanley, Secretary of State for the Colonies, still insisted that VDL was a penal colony and that convict labour should be able to pay its own way. He wouldn’t listen to anything to the contrary, and said that anyone emigrating to a penal settlement had surrendered the privileges they might have had if they had moved to any non-penal city in the British Empire.

In both London and Hobart Eardley-Wilmot was blamed for the shortcomings of a system which he had no power to change. Increasingly, he instructed the Legislative Council office bearers to vote with him and he used his casting vote as President of the Legislative Council to pass his budgets when the other non-official appointed members opposed him. This way Eardley-Wilmot blocked efforts for formal inquiries into the convict system and his management.

On 31 October, 1845 Eardley-Wilmot accused the opposing six of a deliberate attempt to embarrass the government and they in turn resigned their positions on the Legislative Council. As one, they walked out, leaving it without a quorum.

There was now enormous public feeling against the governor and the actions of the Patriotic Six were applauded by the free-setter population. Gregson, who lived near Richmond, was even presented by the locals with a gift of £2,000 and a commemorative silver plate in recognition of his public and patriotic stand.

The Six sent a letter to Lord Stanley explaining the situation and how they had been asked to pass a budget of expenses which the colony could not afford.

Eardley-Wilmot appointed replacements to the Legislative Council, but things didn’t improve when they too voted against him, so he still couldn’t pass any budgets or bills. With so much public feeling against him, in 1846 the British government sacked Eardley-Wilmot, hinting at rumours against his moral character. There wasn’t any truth to the rumours, nor was there any time for Eardley-Wilmot to reply and demand the names of those who accused him: he was dead within 4 months.

On his arrival in Hobart, the next governor, William Denison (1804 – 1871) was immediately inundated with letters and petitions calling for the abolition of transportation. The anti-government newspapers, Hobart Town Courier and Launceston Examiner, filled their editorials with lurid details of the horrors of transportation. The Anti-Transportation League, formed in VDL in 1844, was powering things along finding, vocal supporters in Adelaide, Sydney, Melbourne and Canterbury, NZ.

Governor Denison sent a survey to all VDL magistrates and men of large property and business holdings, asking 3 questions:

The anti-transportationists had the loudest voices, being the majority of the free, male population. They rapidly organised public meetings across the island. The meetings formed committees, wrote reports and all sent resounding STOP TRANSPORTATION demands to the governor.

Denison disagreed with the anti-transportationists, and pointed out the benefits of cheap, forced labour to the public works program of roads, bridges and government buildings. He quickly came to be seen by the colonists as part of the problem, especially after his report, containing a very derogatory assessment of VDL society was sent to Earl Grey, the new Secretary of State for the Colonies, and was then made public.

Finally the British government decided that VDL should be allowed to have a partially elected Legislative Council. The English parliament passed the Australian Constitutions Act in 1850 where the VDL Governor and Legislative Council could establish electoral districts, choose the number of members for Legislative Councils and make laws. The first elections in VDL were held on 21 Oct 1851.

16 seats were up for election. Eligibility to stand for election was as restricted as eligibility to vote. It was a very limited franchise, calculated to include only free-settler men of property, established business or high military rank or profession. All 16 seats were won by members of the Anti-Transportation League.

Guess what happened next.

At their first meeting in December, 1851, the Legislative Council voted 16 to 4 to request Queen Victoria to order the end of transportation.

It worked, but the end of transportation was a gradual affair and the last ship, the St Vincent with male convicts, arrived in 1853.

The elected members of the 1851 Legislative Council were not party political members. Political parties as we have them today did not come into existence until after the 1880s.

More will be written about party politics in due course, but before that we have to change our name, take on another house of parliament and find a premier.

That will all happen in Part 6, coming soon. 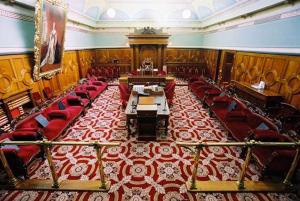 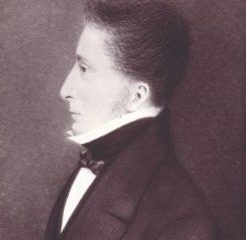 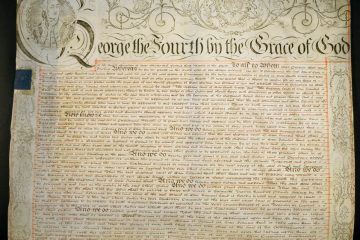