The naming of Salamanca Place 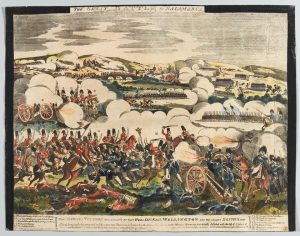 The Battle of Salamanca – not a local pub brawl.

Salamanca Place, at the foot of Battery Point, was named after the famous Battle of Salamanca in Spain, one of many battles in the Peninsular Campaign (1807 – 1814) part of the Napoleonic Wars stretching over 12 years (1803 – 1815). At the battle of Salamanca on 22 July 1812 the British and their ally Portugal defeated the French forces.

The Peninsular Campaign began when the French invaded Portugal in 1807. The British army in Portugal was under the command of the Duke of Wellington – Sir Arthur Wellesley – who later went on to be Prime Minister of Britain.

In 1812 Napoleon sent much of his force to conquer Russia, and with the French army thus weakened, Wellington pushed into Spain defeating the French at Salamanca (22 July 1812) and later taking Madrid. This was seen as Wellington’s most impressive military success. The French were finally expelled from Spain in 1814.

Our Salamanca Place here in Hobart stretches from Davey St down to the waterfront and includes St David’s Park (former cemetery) Princes Wharf and the warehouses which were constructed in the early 1830s. Nearby Mt Wellington was named for the Duke of Wellington in 1822.

In the 1830s Hobartians felt they were isolated from the heart of the British Empire back home in England. Our Salamanca Place, Mt Wellington and many other locations were named after famous British battles and people in order for the locals to feel more closely connected to the Empire. 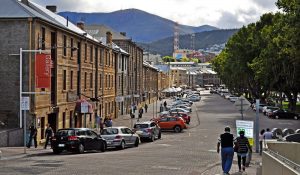